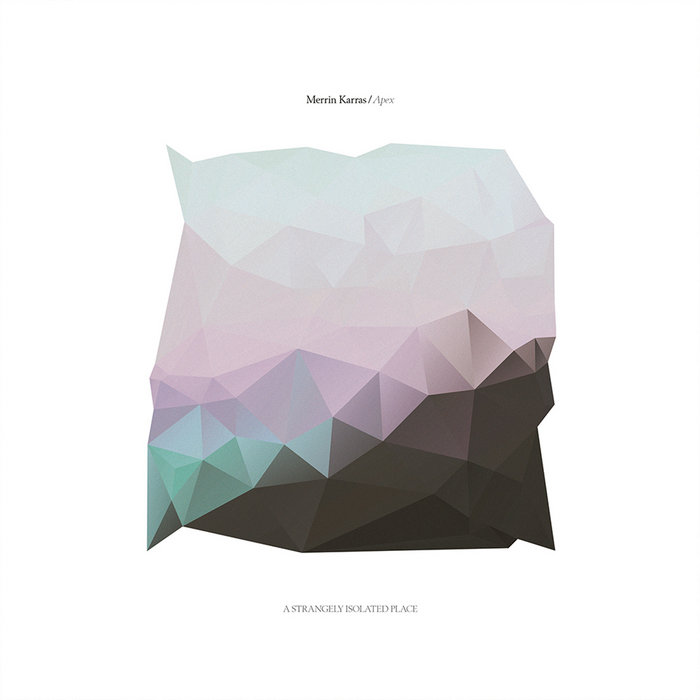 Due to current restrictions it is only possible to ship to the EU. Sorry about that.

Purchase of this vinyl includes a download of the album. However, if you want to just buy the digital version, please visit the ASIP bandcamp page: astrangelyisolatedplace.bandcamp.com/album/apex

Producing and playing under Chymera for more than 15 years, Brendan Gregoriy’s distinctive take on house and techno has seen him play at iconic venues like Panorama Bar, Womb, Output, and Rex Club, and release music on respected labels including Ovum, NRK, Delsin and Cocoon.

“I'd just finished a particularly grueling album and I just didn't enjoy the process.,” Gregoriy describes. "Around that time, I started listening to people like Steve Moore & Oneohtrix Point Never and it blew my mind. I tried making a few sketches and realised that I enjoyed it a lot more and this became a gateway into discovering ambient properly.”

Inspired by the sounds of artists like Klaus Schulze, Biosphere and Abul Mogard, and finding renewed focus in creating without external pressures or deadlines, Gregoriy’s ambient experimentation emerged, fully-formed, as Merrin Karras. His debut album under this moniker,

Written and recorded in two Berlin winters, it’s a record driven by a widescreen contrast between celestial beauty and engulfing black hole intent. Flawlessly produced, Vangelis panorama and vintage sci-fi exist in a space where drums and rhythmic elements have been willfully stripped out — and where the synths can truly breathe.

The process of album creation benefited from new freedoms that Gregoriy bestowed upon himself. “I decided to set myself a few ground rules for the music: no drums or percussive elements and no samples. They helped me to focus but, in a sense, it's not such a drastic shift. I've always made melodies the focus point of all my tracks and it was quite liberating to make music where I didn't have to worry about the best way to arrange it for the dancefloor.”

The results are remarkable. Combining his gilded production with an armory of hardware (including the Moog Minitaur, Vermona Mono Lancet, Juno 106, Nord Rack 2, and the Korg Monotron) Apex serves as both a modern ode to the synthesizer and a reverential nod to the early pioneers. Freed from the focus of the club, it allowed Gregoriy to craft a narrative; each track following a similar arc as the tension builds before dissolving. From the spectral ebb and flow of title track to the Blade-running intent of “Elevate"; the unsettling darkness of “Severance" to the star-lit swirl of “Liberant", these beat-less constructs bloom and exhale with an uninhibited cinematic purpose.

“I wanted to make something that I could listen to when I travel, something I could enjoy just for what it was,” he concludes. "I only realized when I was about 80% done that I had the makings of an album, and one I actually liked through and through. I didn't want to take any tracks out, or make other ones to add to it. I’m really proud of the album because it's something that I still listen to and enjoy. Hopefully other people will feel the same.”

Chymera, Irish producer based in Berlin. Producing since 2002, from deep house to techno on respected labels such as Delsin, Ovum, Connaisseur, NRK, Cocoon, Figure and Kompakt. Creates ambient synthscapes as Merrin Karras

Bandcamp Daily  your guide to the world of Bandcamp

Tasty gems from around the world, plus interviews with Kaitlyn Aurelia Smith and Nick Hakim.